It's been four weeks since the Tely and I have been struggling with whether or not to write a blog about my experiences. But now that the two people who read my posts have asked "When is your next blog coming out?", I figured maybe I should go ahead and put it all down on paper, so to speak.

Race day. I stood in my corral with Lori and Renee, with our three ascending bib numbers, and we discussed the usual race day topics. What was our hoped for finish time? (1:51) Are we sticking together for the entire race? (Yes. Unless Lori wants a PB) Will we cross the finish line together with our bibs in order for an awesome photo op? (Maybe. Refer to last) Do I have time to have one last pee? (No) 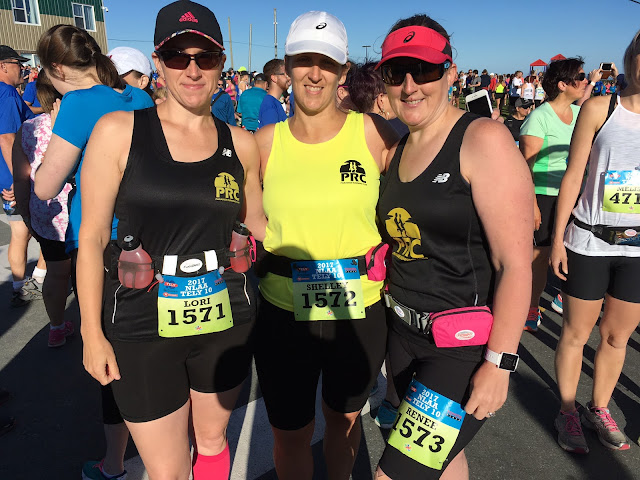 The weather was nice enough that I didn't need to wear a garbage bag at the start line, although Lori had opted to wear a lovely green cardigan. Once the starting pistol was fired and we crossed the mat, I double checked to make sure we were all still together. Renee was by my side and there was a green cardigan somewhere far ahead, weaving in and out of the pack of racers, trying to break free of the group. Guess the PB won out.

We chugged along, making great time. This was probably one of my more enjoyable times doing the Tely. It's the first time I've run with someone else and the time and distance did seem to go by much more quickly. Before I knew it the crowds were getting bigger and I could tell that we were nearing the end of the course.

Somewhere around mile nine Renee's brother Robert caught up and offered to run with us as an additional support/encouragement to help Renee get her desired goal. I was pretty happy about his appearance because Renee had said something about her legs cramping up and I didn't want to go through another baby deer/treadmill experience and have to carry her over the finish line alone.

Luckily her legs held up and we crossed the finish line side by side, proudly displaying our numerically ordered bibs, with a chip time of 1:52:25. A little slower than we had hoped but still and PB for Renee.

I couldn't wait to see the pictures. Normally after a race, I sit at the computer as the race photos start to show up on Facebook and I tag everyone I know. This year, by the time I got home, other PRCers had already started the tagging process so I figured I would just let them find my photos too.

As the day went on, my news feed started to fill up with photos of everyone I knew who had run the Tely. All other news was non-existent. However, there were no tagged photos of me. Maybe everyone was just celebrating and the photos would come later.

The next morning, still no tags. The next week, nothing. What gives?

So I sat down at the computer and started looking for photos. My favorite photographer, Larry (of Larry's Running Photos) was where I checked first, but he had been out of town and didn't take any pictures this year. But East Coast Running had taken some shots: 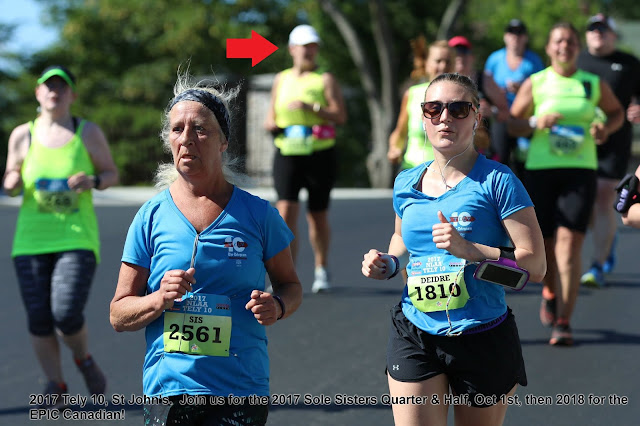 Hmmm. Must be something better than that.

Doug Noseworthy? He didn't take any (or at least post any) after 1:46. 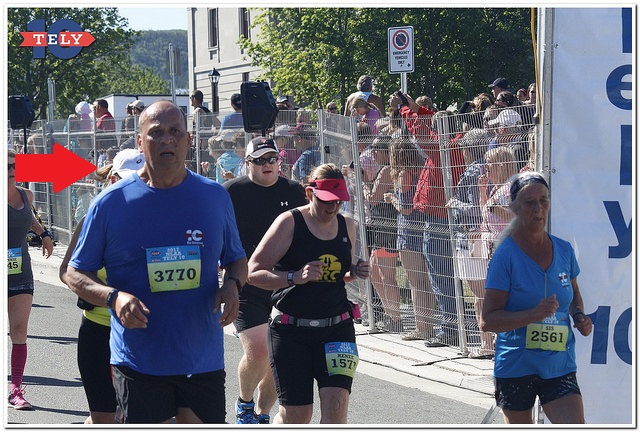 I was starting to feel like Zsa Zsa Gabor the time she played Sonya Lamor on that episode of Fresh Prince of Bel-Air. No pictures.

After much searching, the best photo I could find of myself, Renee and our bibs was taken by Perry J. Howlett. 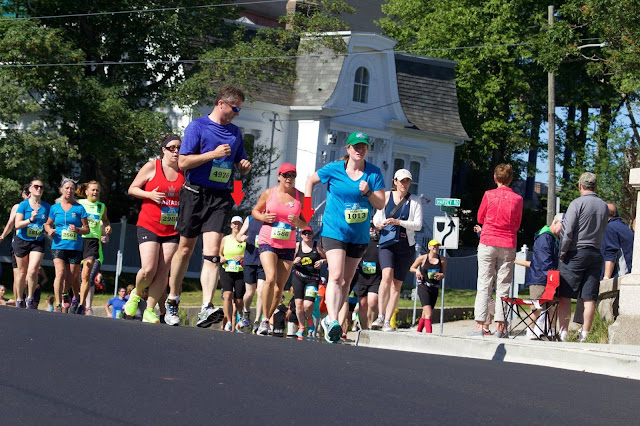 Oh well. No biggie. So what if there's no photos of me doing the 90th running of the Tely 10? At least my name would be printed in the Telegram along with everyone else. 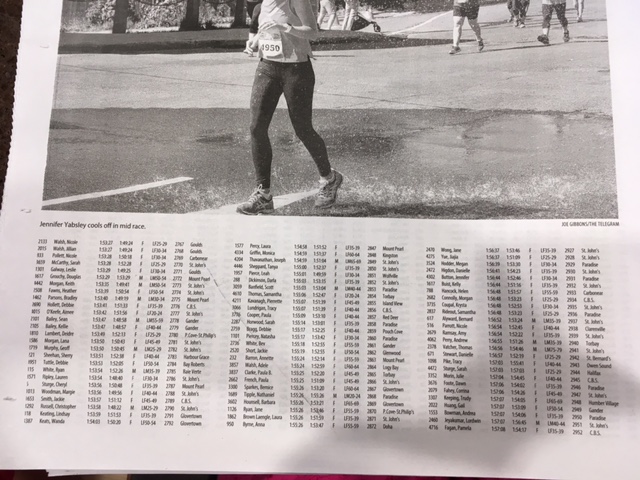 So, you can see why I was reluctant to write about my race. It's almost as if I wasn't even there.

But no worries. I'm sure I'll make up for it at the Huffin Puffin half.